18th April
Core cancer foundation has been working in the field of anti- tobacco awareness for the last 12 years. It has been conducting workshops in schools and associating with them to spread the message. On 18th April there were 2 schools presenting street plays on tobacco along with a band focusing on songs and music related to tobacco awareness which would be preceded by an oral cavity examination camp to exclude any early signs of oral cancer. Also, during the event they organized fun and games for children related to tobacco to increase their level of awareness. 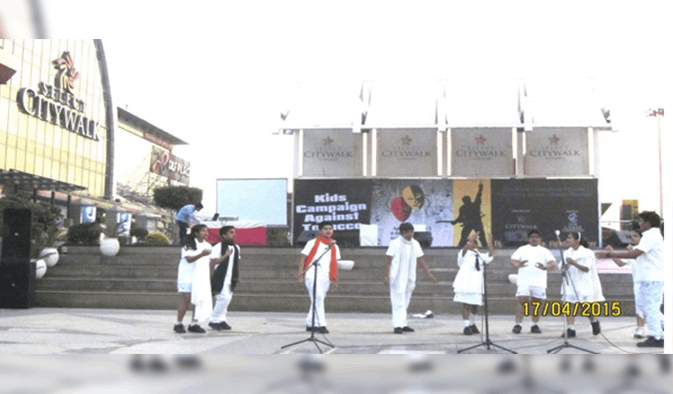