“A dog is the only thing on earth that loves you more than he loves himself.” — Josh Billings

Dogs are your perfect companions. From filling your heart with cheerful vibes when you feel gloomy to showering upon you all the love they have got, they are meant to be loved in return with same intensity or even more. Keeping up with this, Select CITYWALK in association with People for Animals organized the sixth season of ‘Cause 4 the Paws’ on November 10th and 11th with an aim to provide homes to homeless canines. The event was commenced with a belief that every dog deserves care from their fellow human beings and one should come forward to help them in any way possible. And so it happened likewise; a lot of people came forward to help the homeless canines and take them home. 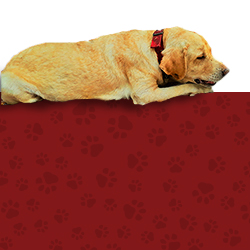 It gave a golden chance to the residents of Delhi- NCR to take home some of the beautiful Indian breed dogs. The total of 25 dogs from the Sanjay Gandhi Animal Care Centre came for adoption. While the super-friendly boxer breed male dog named Zoi was welcomed in his new home with arms open, a little fierce German Shepherd dog called Tiger was adorned by many. Apart from this, Labrador Bhoomi who is a 2.5 years old female dog and Dane- Mastiff  Sonya aged 3 years also get a chance to go to their new homes. A lot of people came forward and took them to the homes they deserved. As a result, as many as 19 dogs got adopted, including Muffin, Maximus, Jericho, and Copper.

Just like the previous five seasons of ‘Cause 4 the Paws’, this season also witnessed a great enthusiasm among all the dog-lovers of the city and the outside. Extending the support to the dogs who were abandoned before, people from the past seasons also attended the event, inspired the new-comers and helped a great deal in spreading awareness about the cause. Mrs. Maneka Gandhi, the Indian Union Cabinet Minister for Women & Child Development, who is well-known for actively campaigning for animal rights, graced the event with her presence and addressed people about the importance of adopting homeless animals.

Each year a lot of adoptable dogs come into shelters but only a few people consider adopting them. To break this norm and enable the dogs to find new homes and better caretakers, Select CITYWALK has always been providing great opportunities like ‘Cause 4 the paws’ so that more and more pets are able to get the love and care they deserve.