“Art enables us to find ourselves and lose ourselves at the same time.”
-Thomas Merton

The world of art is so diverse that it’s almost impossible for the spectator to not believe the reality of it. From experiencing an emotion to transmitting it to others, art is comprised of things beyond the practical intricacies of one’s being. It dignifies itself in innumerable ways, with immeasurable intensity. For some, it’s a refuge. For others, it’s their comfort. All in all, art is one thing that beautifully connects our souls to the universe outside, helping us evolve as a whole.

To uplift the very spirit of art, Select CITYWALK organised ‘Rooh – The Essence of Being’ from August 21st to August 23rd 2019 where 4 artists showcased their master artworks. The event aimed at bringing together the distinctive ‘colours’ of individual artists under one roof. They reverberated as one and inspired the audience in the most unique fashion. 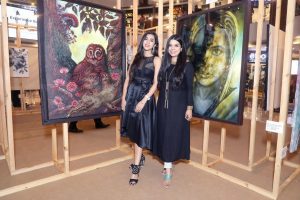 It is often said that art is so much more than its manifestation. With Rooh, we, at Select CITYWALK, were able to evoke imagery which not only felt spectacular to the physical eyes but also rested deep within us in the most tranquil manner. The soul of every art piece was the story it told through varied hues and shades. We intended to make these stories perceptible. Each story was an amalgamation of influences perceived over time by the artists and the audience alike. That’s how we were able to portray how art connects and flows, breaking all the physical boundaries. 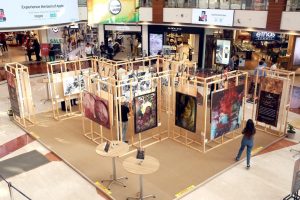 The artworks of 4 established and emerging artists, namely Pallav Chander, Bahaar, Dhiraj Singh, and Ishan Gupta, were on display. With their astounding skill and mesmerising stories, these talented individuals made audience hear the music of their souls and enthused them like never before. 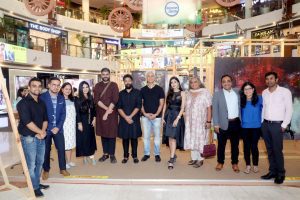 In the words of Leonardo Da Vinci, the painter has the universe in his mind and hands. The featured artists of Rooh were successful at expanding their universe, so it could integrate with that of the spectators.