Cause 4 the Paws Season-4

Cause 4 the Paws Season-4

Select CITYWALK in association with People for Animals and PetFed organized Cause 4 the Paws Season 4. In association with BitGiving we raised Rs.1.8 lac for People for Animals. Funds was raised through online and on ground at Select CITYWALK. As dogs went on to their new homes, there were lots of smiles around. From tiny spaniels to huge built mastiffs, these magnificent canines finally get homes they deserve. People for Animals conducted the adoption drive where 50 abandoned dogs, mix of thorough-breds and cross-breds – some abandoned, others orphaned, but all looking for a home came for adoption Mrs. Maneka Gandhi attended the event and addressed the gathering about the Cause of adoption of homeless animals. participated to find homes for themselves. Dogs lovers across the city came in huge numbers because of which all dogs got adopted in two days. The event was hosted by Ambika Shukla, another well-known figure when it comes to animal rights 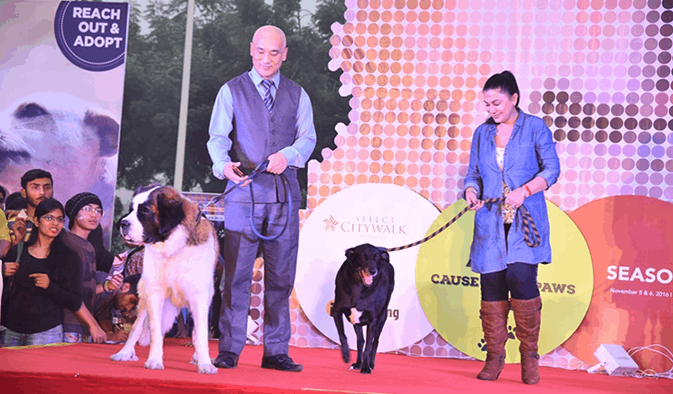